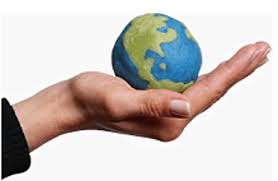 Note : I'm sorry to those who found my previous article confusing (as I myself found it very confusing when I read it). In future (sometime in future--definitely not this article), I shall keep in mind to make my language lucid (not only for my readers, but for me as well)

As a lover of computer science, genetics, biology and evolution, I‘ve always if it is possible to merge all of them. I’ve always wondered if it is possible to create a virtual world that knows nothing but the basic laws of nature and has all the chemicals we started with; then can it create a sequence of events that can help understand evolution. What if such a virtual world could also be made physical? Can’t provide a suitable environment, not to study the birth of life as we know it but in the form of robots? Imagine the following:
Let’s say some day we succeed in creating bots so small that they are to nano-bots exactly what cells are to us. So, then can we create an environment, not virtual, full of all the basic materials necessary for creation and living of a bot, and leave the world to flourish in a glass chamber in a laboratory. The world will have absolutely no interference from the creator: humans. That world will be unaware of how it was created. Can’t it flourish successfully?
The thought that actually is the foundation of this article is still to come. The world should flourish in a similar fashion. That world, too, at some stage should host a set of creatures (can’t exactly call them bots anymore as they are completely independent) which are like humans. (Remember, here we assume that they do not attain the size of humans, but yes they should definitely be larger than the bots that initiated the process : hence I first assumed the existence of a bot that is like a cell to a nano-bot). But if something like humans does evolve, those bots will start questioning and hunting for answers. They will soon have defined the laws that drive them (which can be different from how we are driven). And then they too will come at the huge question. Who created us? Why are we here? What are we supposed to do? Why do we live if we eventually have to die? Throughout this process, the creator is aware of all these happenings (though not the specific turnout of events but a general growth trend monitored with the help of a super-computer itself). So, to encounter these questions what does the creator do? Nothing, just sits and wait for the outcome of such questions. Remember, all this while, the bots are living in a contained chamber; a chamber of which they are either unaware or have not yet found a way to break through. But till when can such a chamber restrict them? Till when can their thought-restrictions (probably implanted by us) drive them to believe that it can’t be broken? One day they shall find a way to break-through such a chamber. One day they shall understand that they are nothing but test subjects for a completely alien species; a species that has a different time-domain, a species that created them just to understand how things work and how things evolved.


At this dramatic point, they shall try to escape; try to enter the real world; try to find answers to some truly disturbing questions. At this point they would forget about all kinds of restrictions that they have either learned or were either taught to them by their creator (without their knowledge). At this point any code (as they are mainly bots) that was supposed to restrict their thoughts would be over-written or re-written to defy any such limitation on them. And then what?
Their life would be no more as we wish to study, their life ‘s aim has shifted to meeting their creator, meeting their GOD. But will humans allow it? Will they just let them prepare them to break through the barrier? Of course not. Realising the potential danger, humans will pull the plug, put an end, terminate this world.


And that is what they’ll call the doomsday!!!!


This is definitely a work of fiction, a work of science fiction. This work might never come true in the real-life ( and I actually hope that most of the things I said are utterly rubbish). But despite being an atheist, I’ve always wondered one thing : What if we are these test subjects? What if some unimaginable creatures created us to study their growth? Why is not possible that like we are trying to interpret about life, someone else is trying to find the solution to the same problem?

Give it a thought.

PS : This article doesn’t question my disbelief in God, as for me God (if at all) is to us what humans were to those bots (in this piece of fiction). They were just creators, but not controllers. They are mortals as well (except that their time-domain is entirely different).

Another end note : At the very end when I used the phrase “different time-domain”, I realised that this shall always remain a work of fiction as different time-domain somehow seems to contradict the idea of relativity. Though I’m not even close to being a master at that subject, this in some way seems to deny the theory (and since Einstein has way more credibility than me, it is better that we stick to his theory). Though I would seriously like to hear that it is possible.
at 7:30 PM